Many free antivirus tools will detect quickly and surely any virus infecting your PC or any potential threat that may be spying on your data – AVG AntiVirus Free also removes all of those from your computer while keeping it protected in real time. It will also stop any downloads or e-mail attachments that might harm your PC when opened.

This free anti-virus utility has been around long enough to attract millions of users around the world. You will usually find it among the top 5 on the most prestigious free antivirus lists on the Web, and there are a few reasons for that. It is simple to set up, which is not always the case with other similar contenders; it provides real-time true protection for your PC; and, last but should probably go first, requires very few of your system resources, which is usually the opposite of what other free antivirus applications do to your PC’s overall performance.

It was refreshing to scan my computer with a new antivirus tool and find out that it was 100% clean from viruses or threats. Not that I wasn’t sure about it, but it is getting more and more customary to present you with some false positives and the option to buy a more powerful tool or a better version of the program to get rid of them. AVG AntiVirus Free, however, showed a level of honesty that speak volumes about this tool. That doesn’t mean it won’t try to lure you to upgrade to AVG Internet Security – the “full” version of the program – as often as it can, but at least it doesn’t scare you first. The scan process was not only satisfactory, but also fast, except for the Performance Issues section, which took ages in comparison.

The program offers a high level of customization, allowing you to define how it should behave when it detects a virus or a potentially harmful program, and how its different “shields” (File, Behavior, Web, and Email) should work for you. Also part of its “Basic Protection” are the Computer and the Web & Email protection routines, which you can activate or not. Finally, there are two extra tools that are worth mentioning, such as the File Shredder and the Do Not Disturb Mode, which will silence all or certain types of notifications while you’re working with the apps you determine.

It may not be the perfect free antivirus tool available out there, but AVG AntiVirus Free is certainly one of the best. If only for its honesty, its total lack of false positives, and its highly customizable and extensive functionality (for a free antivirus), this is a tool worth not only trying, but having installed on your PC for a costless yet effective antimalware protection. 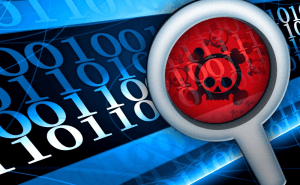 The best free antivirus software for PC of 2016 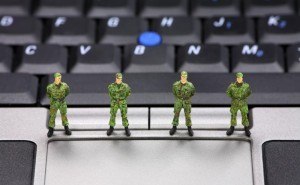 Keep your computer protected at all times without any interferences.
FREE

Provides real-time protection against ransomware, spyware, and other malware.
FREE

Comodo Cloud Antivirus protects your PC against all forms of malware.

Get effective online and offline protection against all kinds of malware.
FREE

Rootkits can lie hidden on computers and remain undetected.

Protection of your PCs and Android devices from malware and Internet threats.

Thank you for rating the program!
Please add a comment explaining the reasoning behind your vote.
163 comments

I love it. This is the best and great for safe computer.

Guest Sometimes I see that AVG is scanning my mail but when I look in my inbox I see nothing!